Are People with Borderline Personality Disorders Defective at Reading Others, Or Superior? 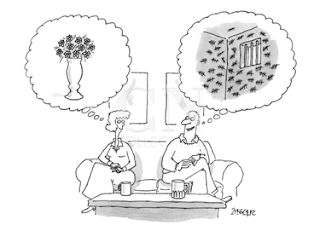 One of the current theories about what creates borderline personality disorder is that somehow they are defective in their ability to mentalize, or have an accurate “theory of mind.” This means they do a poor job of figuring out what is going on in the heads of other people. In studies, this is mostly found on tests where they are supposed to read faces or interpret videos of people in various activities.

I always thought this idea was very amusing in light of the fact that, in my extensive experience speaking with other therapists as well as in my own experiences, these very same people are so good at drawing three particular responses from therapists: a sense of anxious guilt, anxious helplessness, or fury. They are so good at it that they make most therapists hate them. They can ascertain the therapist’s weak points, and then go right for the jugular. How can they be bad mentalizers if they can do that?

When you live in an unstable, confusing environment in which double messages are flying back and forth and you can’t really predict what mood a parent is going to be in when they drop in on you, you become better at reading others than most people so you can quickly adjust to any new contingencies. And as I have repeatedly pointed out, error management theory would predict that you would err on the over-reacting rather than under-reacting, because the consequences of minimizing parental guilt and hostility are so frightful. This normal tendency is then mistakenly seen as something pathological.

Another big issue in research in personality disorders that bears upon this issue is that when patients are in studies responding to various stimuli in the study situation, they may be responding with a false self or persona (as described by psychoanalysts Jung and Winnecott)—in this case, the spoiler. This is, as my readers know, a role I believe they are playing to maintain smooth family functioning (family homeostasis). This makes them look impaired when in fact they are not. Performance is not the same as ability, as I described in a previous post. If you are not a good actor in situations in which fooling people is paramount, you wouldn’t be very good at doing so.

And to effectively play the role of spoiler, you have to make yourself to be way more impaired than you actually are. In particular, you have to pretend that you lack the ability to see both the good and bad in people simultaneously (so-called “splitting”), or evaluate both their strengths belied by their reputation among therapists for being master manipulators!! Deficient mentalization, huh?

One new study (Bora, “A meta-analysis of theory of mind and 'mentalization' in borderline personality disorder: a true neuro-social-cognitive or  meta-social-cognitive impairment?, Psychological Medicine. 51(15):2541-2551, 2021 11). of so-called mentalization “abnormalities” was based on a review of the existing literature. The author just assumes that what the studies see is “maladaptive” and therefore abnormal, but found no evidence of any primary neuro-social cognitive deficit! Hardly surprising in light of what I just wrote about. Instead, the author attributes the imaginary abnormality to their “meta-social cognitive style,” whatever that is. Again, it’s as if these patients exist in some social vacuum where certain assumptions would always be completely highly adaptive for anyone who didn’t have a deficient “theory of mind.”

A second study (McLaren, V. et. al. "Hypermentalizing and Borderline Personality Disorder: a Meta-Analytic Review, American Journal of Psychotherapy 75(1): 21-31) looked at "hypermentalizing" - the tendency to overattribute mental states to other - and found it was common in a wide range of disorders rather than in borderline personality disorder in particular.